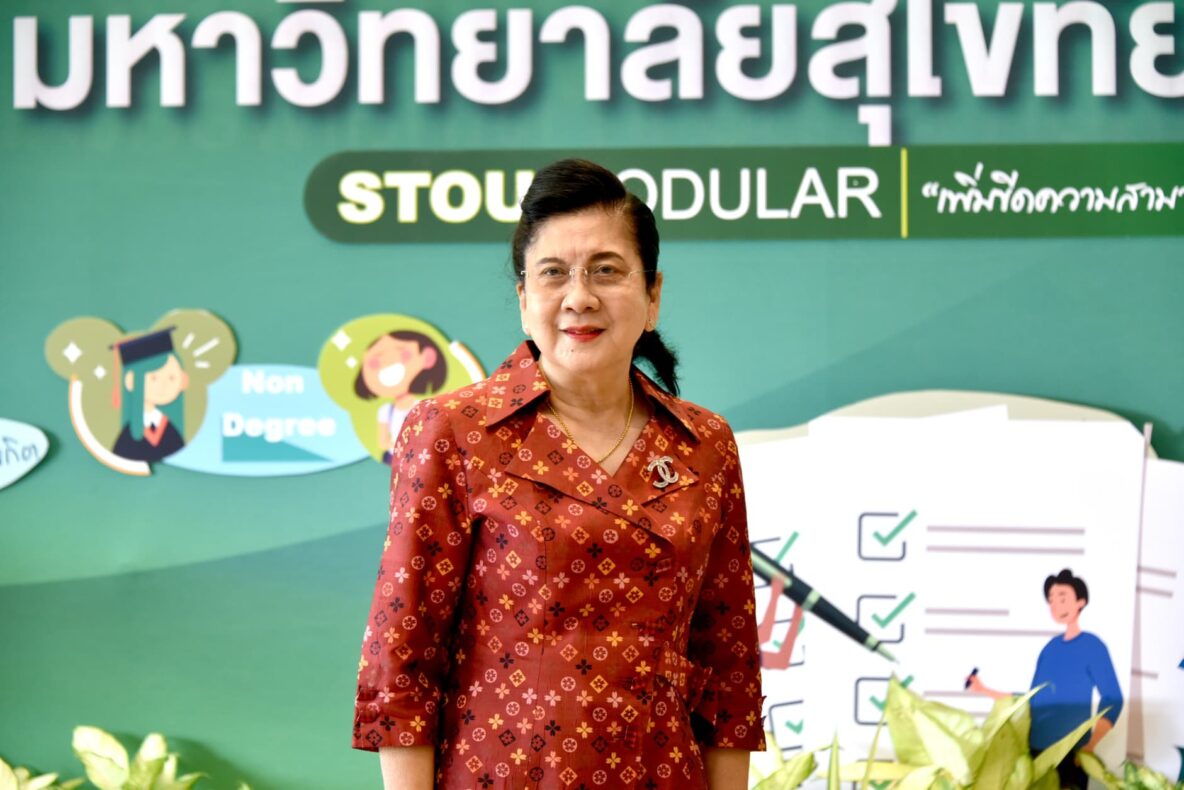 Assoc. Prof. Dr. Pranee Sungkatavat was the President of STOU during 2008-2012. She was the fifth President and she was STOU’s first and only female President. She was appointed the Distinguished Member of the University Council as the Expert in Distance Education. Assoc. Prof. Dr. Pranee is an ODL educator with experience and expertise. She is also familiar with the distance education system of Sukhothai Thammathirat Open University.

Assoc. Prof. Dr. Pranee Sungkatavat was born on 5 December 1950. She graduated from Chulalongkorn University in Thailand with a Bachelor’s degree in Teaching Biology and subsequently went on to obtain two Master’s degrees from Pittsburg State University in the United States in 1979 and 1981 respectively. In 1984, she received her Doctoral degree in Curriculum and Instructions from Kansas State University.

As her area of discipline and expertise is Curriculum and Instruction, Dr. Pranee has been a key figure in the development of curricula at other Thai educational institutions throughout the nation as an assessor and evaluator of education curriculums. She has also contributed extensively to the educational system through her role as a program evaluator in quality assurance. In addition to these external obligations, she has successfully published a variety of publications in the Thai language which include: “The Development of Distance Education Curricula”, “The Development of Non-Formal Education Curricula”, and “Curriculum Design”.

In 2008, Dr. Pranee was awarded to be the distinguished alumni of the Faculty of Education, Chulalongkorn University, and in the same year she was designated to be the SEAMEO Regional Open Learning Center (SEAMOLEC) Governing Board Member from Thailand.