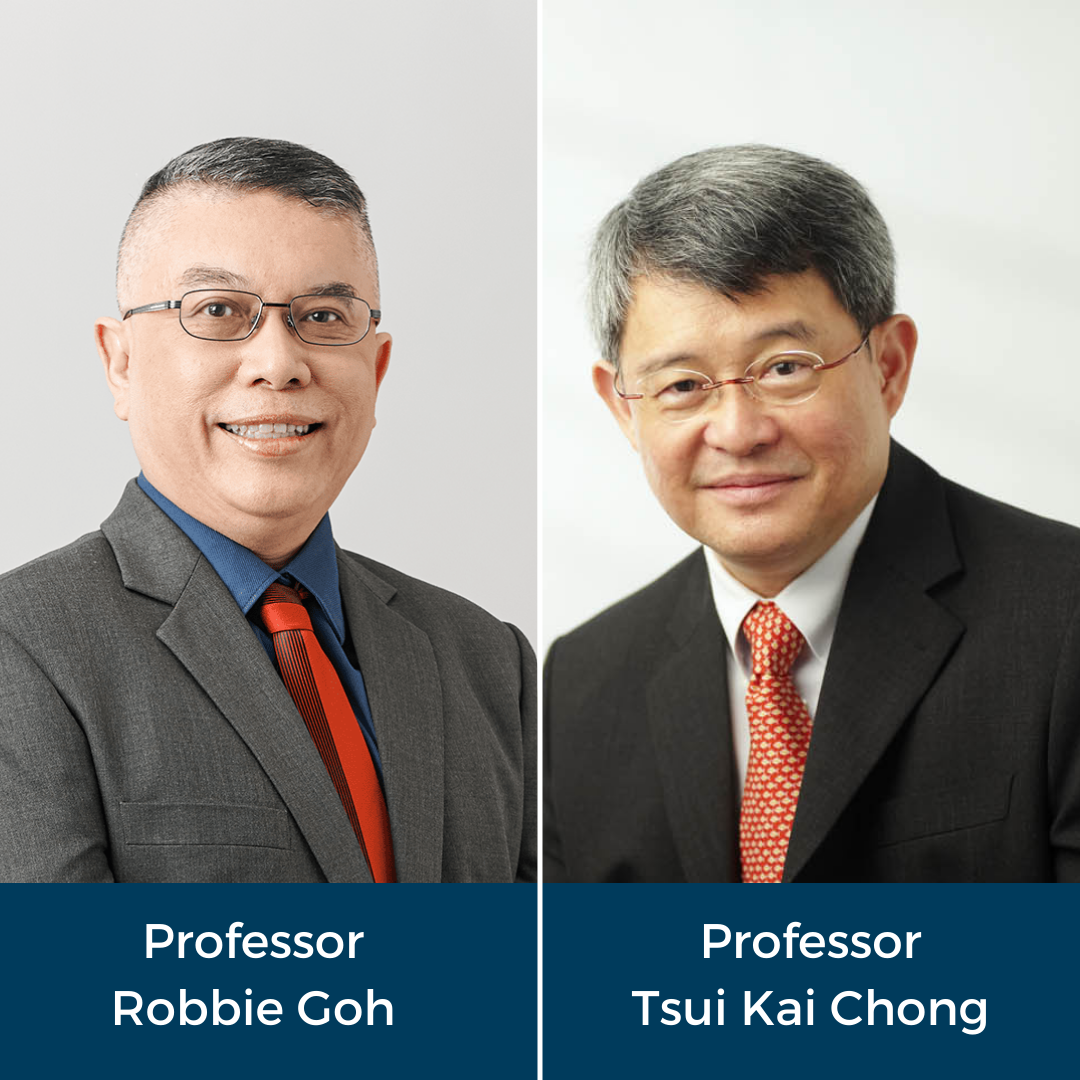 Prior to joining SUSS, Professor Goh was the National University of Singapore (NUS) Dean of the Faculty of Arts and Social Sciences (FASS) and a Professor of Literature in the University’s Department of English Language and Literature. He obtained his B.A. Honours (1st Class, direct honours, 1988) and M.A. (1989) from NUS, and his Ph.D from the University of Chicago (1993).

Professor Goh had also served in a number of leadership roles in NUS, including as Vice-Dean of FASS (2010-2015), Head of the Department of English Language and Literature (2004-2010), Deputy Director of the Asia Research Institute (2008-2010), and Deputy Director of the Centre for the Arts (1996-1999). He is a passionate educator who has won multiple teaching awards and has been recognised for his scholarship and service to academia and society.

His achievements at NUS include planning and implementing the FASStrack Asia Summer School, which has become a premier international education event; the FASS ‘Industry Tracks’ programme, which enhances student employability by complementing their majors with important hard and soft skills; and developing the new NUS College of Humanities and Sciences.

On his new appointment, Professor Goh shared: “I am excited about joining SUSS, a young university with a deep commitment to serving society, which resonates strongly with my own background and values. SUSS is also doing important work in continuing education, experiential learning, adult learning, and work-study pedagogy, all of which are crucial in upskilling individuals in a fast-evolving workplace. I believe that its strengths in these areas, and in its educational partnerships with the private and public sectors, have much to offer society. I look forward to learning from SUSS, and also hope to bring experience and new ideas to help it fulfil its mission.”

Professor Tsui was the founding Provost of SIM University (UniSIM), subsequently re-named as SUSS, following UniSIM’s restructuring as a government-funded university (autonomous university) in 2017. He played an instrumental role in the University’s transformation and establishment as one of the pioneers of the applied learning pathway in Singapore’s higher education landscape, focusing on the social sciences and upgrading for adult learners. Under his stewardship, SUSS developed its core philosophy of Head (professionally competent and job-ready, with applied skills), Heart (socially conscious with a desire to make positive changes in society) and Habit (self-directed and lifelong learner with strong ethics and values) to provide students with a holistic educational experience. In line with this core philosophy, SUSS has developed entrepreneurship, overseas exposure, service learning and work attachment programmes, which now form an essential part of the full-time undergraduate experience. In recognition of his contributions, Professor Tsui was awarded the Public Administration Medal (Silver) in 2020 and conferred SUSS’s first Emeritus Professorship.