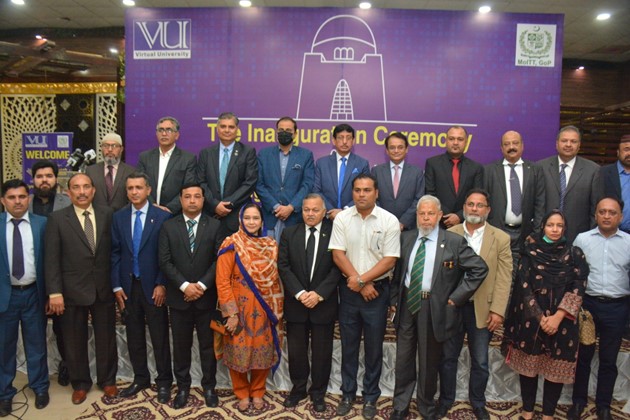 The Virtual University of Pakistan is the first public sector ICT-based University, which is working Under the Ministry of Information Technology and Telecommunication.

The building is provided by the Federal Government of Pakistan and its collation party Muttahida Qaumi Movement Pakistan with the corporation and collaboration of the Karachi Development Authority.

The newly inaugurated campus is located in the heart of Karachi which is Orangi Town. The inaugural ceremony was attended by a large number of Government officials from the Federal Government, Provincial Government, and Local Government.

At the inaugural ceremony, Federal Minister Syed Amin ul Haq Congratulated Virtual University and the people of Karachi on establishing the campus of a University that is offering world-class education.
Federal Secretary Dr. Sohail said that the Moto of the IT Ministry is to strengthen the youth and public of Pakistan with the latest technologies. Its practical implementation is in the form of a new campus of Pakistan’s only IT and E-LEARNING-based University.

During his speech Rector Virtual University Prof. Dr. Arshad Saleem Bhatti said that Virtual University has achieved yet another milestone by establishing another Campus in Pakistan, he said that currently, more than one hundred and thirty thousand students are studying at Virtual University which shows huge confidence and trust in this top-notch institution. The Virtual University of Pakistan has produced 2.4 Million freelancers/IT Professionals through the DigiSkills training program, which enabled Pakistan to earn massive revenue and helped to enhance its international ranking in the freelance industry. He further said that VUP will keep increasing the standards higher than ever and will produce more and more tech engineers, tech Entrepreneurs, and IT scientists to strengthen Pakistan’s economy.